Clyde (born March 31, 2013) is one of four pets owned by Michael and Bridgette, the others being Bella, Lazy(sadly passed on July 3, 2018.) Bleu and Marlin and Felix, He made his first appearance in a video uploaded on Bridgette's channel called Meet Clyde. He is known to get along well with Felix. He now appears in most vlogs on the KidBehindACamera channel. 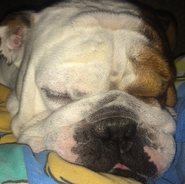 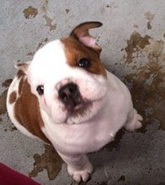 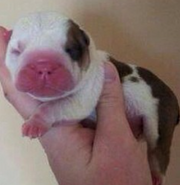 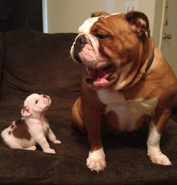 Add a photo to this gallery
Retrieved from "https://angrygrandpa.fandom.com/wiki/Clyde?oldid=28729"
Community content is available under CC-BY-SA unless otherwise noted.