Pecan pinwheels is a food that Angry Grandpa loved.

Just like candy, Angry Grandpa is very selfish over pinwheels and will cause mayhem in the kitchen to assure that they make it to his stomach. This was proven in the video Angry Grandpa - Pissed About Pecan Pinwheels!!! where Michael and Bridgette hide his pinwheels and film his meltdown in the kitchen. There, he throws things out of the cabinets, flips the table, and throws chairs on the ground. They finally give him the pinwheels to calm him down. Shortly after, he goes to his room and yells "Fuck all of y'all, motherfuckers!!!!" before slamming the door. They make another appearance in a video called LOCKED IN THE CLOSET!. In the video, Michael catches Grandpa in his room with leftovers, piles of candy, plastic wraps and pinwheels all over the floor. 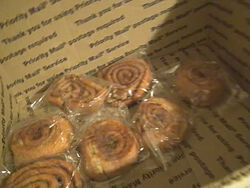 Grandpa's Pinwheels as seen in a video called LOCKED IN THE CLOSET! 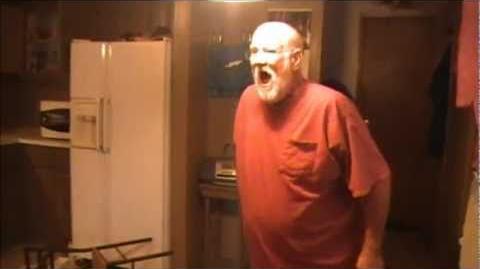 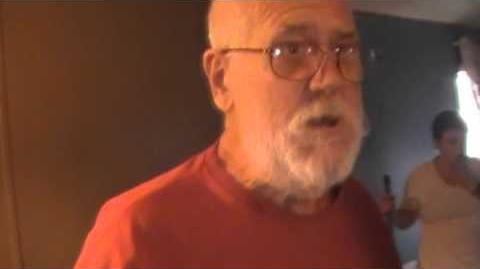 Angry Grandpa can't find his Pecan Pinwheels!
Meltdown over not finding pinwheels
Add a photo to this gallery
Retrieved from "https://angrygrandpa.fandom.com/wiki/Pecan_pinwheels?oldid=31013"
Community content is available under CC-BY-SA unless otherwise noted.